Don’t worry, your templates aren’t outdated; you just need to play them on an even battlefield.

The latest edition of Warmachine is almost here, and there has been some trepidation about older models. In the past, almost all existing heroes were playable in the current format, but with updated rules. However, MK. IV is a total world reset similar to the end times for Warhammer Fantasy, which means that many models become obsolete.

Of course, longtime collectors are frustrated by the news, worried they’ve invested hundreds of dollars in a game they can’t play. But do not worry ! Privateer Press has assured loyal warcasters and wizards that their models ARE viable, only in specific formats. To make this easier, they’ve created a handy chart that shows where the models will be playable, but just in case, here’s a quick overview of each format. 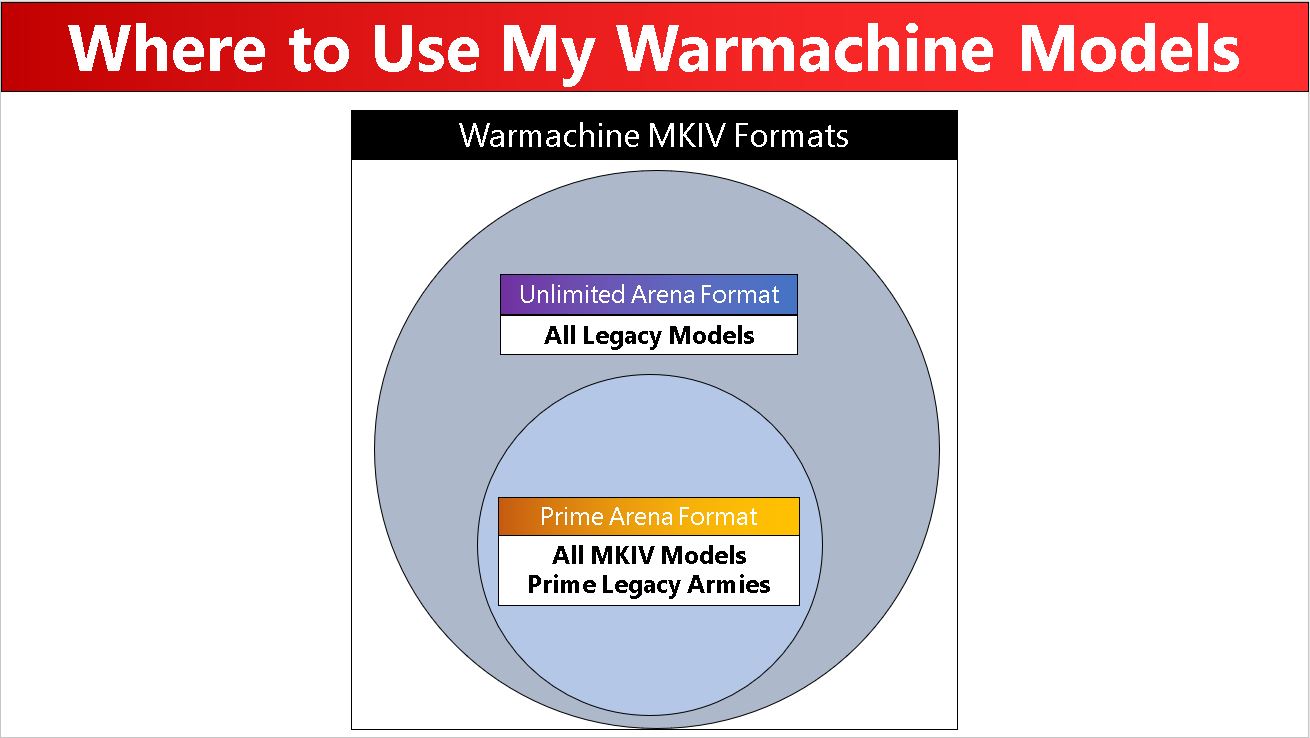 These are the main game modes in Mark IV, and the only ones with updated rules and support. All new models, like the Orgoth Sea Raiders and the updated Storm Legion, are available here. Of particular note, new mercenary models like Alexia, Queen of the Damned can ONLY be included in new armies, not Legacy Prime. There will still be mercenaries available for Legacy Prime armies, but they will be clearly listed. At release, there will be a “Legacy” force for each existing superfaction, and each minifaction (Crucible Guard, Grymkin, etc.) can be included in its entirety. 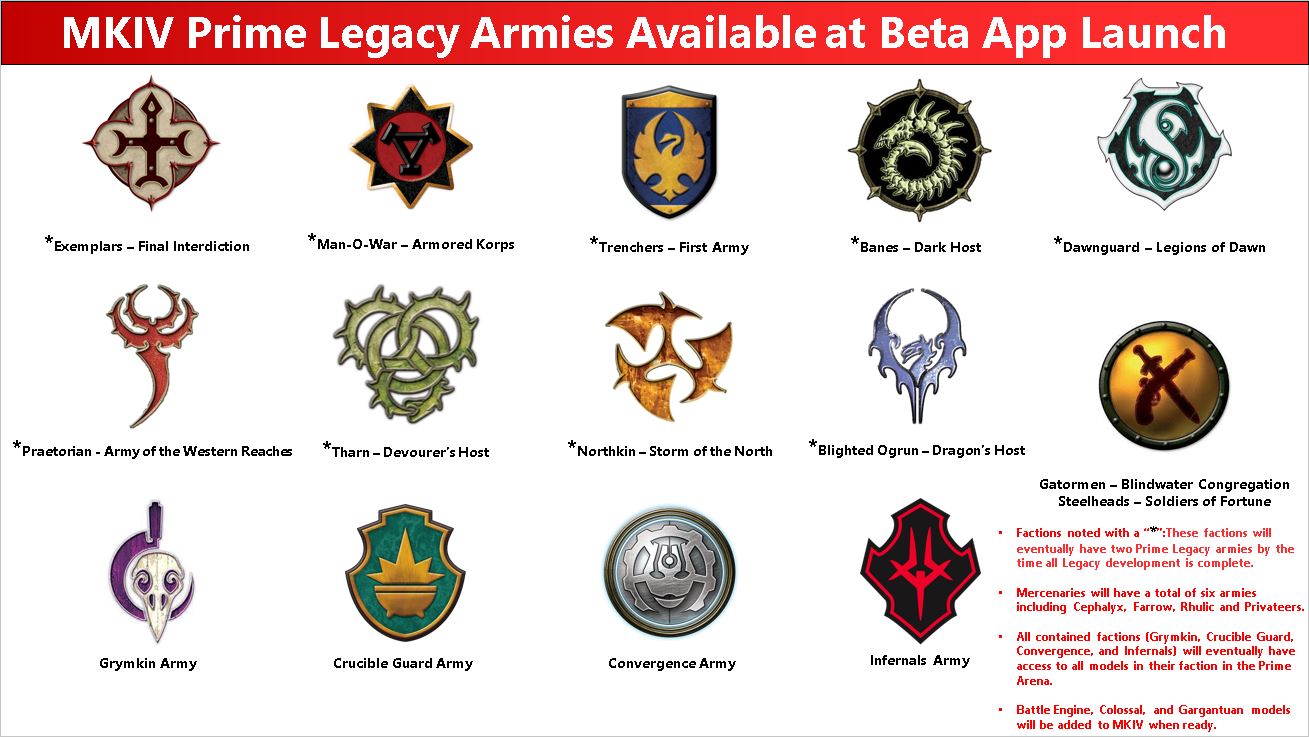 Basically the equivalent of Open Play, this allows players to use any model not supported in Legacy or Prime. This will be the main Casual Club playstyle, but will not receive updates from Privateer Press. Any Legacy Force can be played in the Unlimited Arena, but it should be noted that the factions will likely not be balanced. As models are taken out of rotation, they will transition to Unlimited, while Legacy and Prime will follow the Iron Kingdoms story.

If you want to check the pdf for yourself, you can download it from Privateer Press here.

Hailing from North Carolina, Clint arrives in Austin as the latest in a long list of wandering actor haunts. An avid gamer, writer, actor, pyrotechnician, and general nerd, he writes two weekly Age of Sigmar articles for Bell of Lost Souls from a slightly less than meta angle, as well as a weekly tournament roundup. When he’s not busy being a clueless cowboy, Winterfell Bannermen, or whatever acting life throws at him, he enjoys reading folklore from around the world, writing tales for his Wargaming armies, or watching all the movies he can. Look for his storytelling podcast, By the Dancing Fire, or find him on Twitch at RedWendigo13.