Deutsche Welle expands its journalistic offer for Latin America. “Latin American companies are sharply divided, the market is dominated by large corporate media that focus primarily on entertainment. We stand out in this target region, which is extremely important to us, with clarity and focus on the ‘information,’ says Gerda Meuer, Managing Director of Programming at the German international broadcaster, explaining the decision to expand the programme.

As in many other target regions, DW is increasingly relying on social media formats in Latin America that are tailored to the specific needs of different platforms. From 30 original social media pilots developed by the editorial team, an internal DW panel selected six formats which were then developed into production. “We’ve focused our selection on formats that prepare DW’s top topics like fact-checking, current politics, the environment, and science for younger audiences in a platform-specific way,” says Uta Thofern, program manager for Latin America at DW.

Titled “Contexto”, the Twitter format examines complex political issues such as whether it makes sense to abolish the Organization of American States (OAS) are explained and discussed. .

The economic format “Engánchate a la economía” (in English: “Engage in the economy”) deals with topics such as the distribution of profits from cocoa farming.

“Exactamente” (English: “Correct”) takes an entertaining look at scientific questions such as the production of green hydrogen.

The environmental format “Un planeta para todos” (in English: “One planet for all”) presents constructive solutions to environmental problems.

“DW Verifica” is a fact-checking format that debunks and categorizes widespread fake news and misinformation.

The “Exactamente” format is all about the science.

On their Instagram channel “DW Español”, various young protagonists discuss topics that concern them in so-called reels, videos of up to 30 seconds in length – from women’s rights to current political or economic debate topics and more. by the idiosyncrasies of Germans or life in Germany.

The environmental television magazine “ECO Latinoamérica”, which is supported by the Federal Foreign Office, will be extended from 12 to 30 minutes in the future; two broadcast partners from Mexico and Argentina are cooperating with DW for this purpose and will each provide content. The DW “ECO” magazines in India and Africa have already had great success. “Latin America is a region where the negative effects of climate change and the lack of environmental protection are most felt. In ECO Latinoamérica we present innovative concepts and projects to protect the environment and fight against climate change,” says Carlos Delgado, head of Spanish on Demand.

The magazine “Fuerza Latina”, which deals with women’s rights in Latin America, is also entering a new year. The magazine is presented alternately by Colombian journalist Natalia Orozco and her Cuban colleague Yoani Sánchez. “Fuerza Latina presents the protagonists of an unprecedented feminist movement in Latin America in a mixture of speech and documentary. We show women defending and demanding their change of environment through education, politics and private entrepreneurship “, explains Delgado. 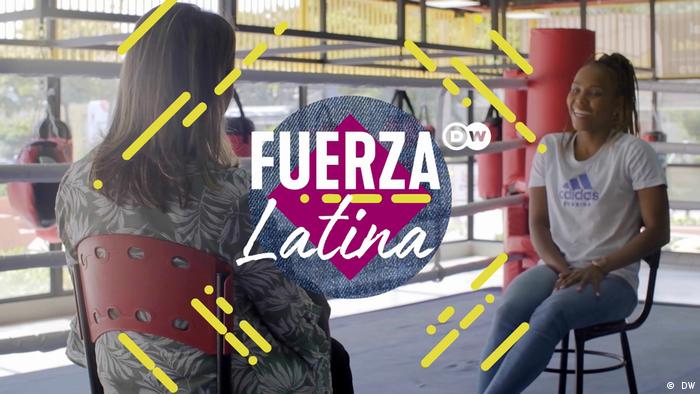